How many ”hot” wires can a single neutral support? (assuming they are the same gauge wire)

by How many hot wires can a single neutral support? (assuming they are the same gauge wire) - E&S Grounding Ask the Experts | Oct 26, 2017 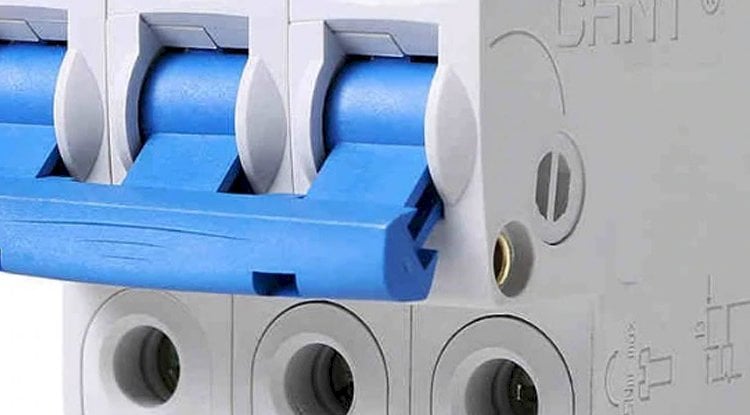 Bob asked:
How many ”hot” wires can a single neutral support?

A shared neutral is a connection in which a plurality of circuits use the same neutral connection. This is also known as a common neutral, and the circuits and neutral together are sometimes referred to as an Edison circuit.

In a 3-phase system it is legal in some jurisdictions to share a single neutral wire between all three (3) phases.  One neutral may not have two “hot” wires from the same phase.  It is good practice to use four (4) pole Circuit breakers (as opposed to the standard three pole) where the fourth pole is the neutral phase, and is hence protected against over current on the neutral conductor.  Please remember that some jurisdiction prohibit the use of shared neutrals and/or require that the neutral conductor be substantially larger than the phase conductors.

In a three-phase circuit, a Neutral is usually shared between all three Phases. Commonly the system Neutral is derived from the Wye transformer. In the case of two phases sharing one neutral, the worst-case current draw is one side has zero load and the other has full load, or when both sides have full load. The latter case results in 1 + 1@120deg = 1@60deg, i.e. the magnitude of the current in the neutral equals that of the other two wires.

In a three-phase circuit with three balanced loads, the Neutral has zero current in it when the loads are equal, and at most one unit of current in it, where the maximum load on any one branch is one unit. It is best to think of the outgoing current on the Black (L1) phase going out and coming back on say the Red (L2) and Blue (L3) phases, rather than the Neutral Phase. It is important to remember that the three Phases are out of phase by 120 degrees. There are many dangers that can occur to electrical systems that use these Edison circuits, due to harmonic currents caused by non-linear loads, such as fluorescent & HID lighting and electronic equipment containing switching power supplies.  As a result, the practice of Edison circuits is not recommended, particularly in today’s heavy computer based market place.

There are only two (2) sections in the NEC that discuss common or shared neutrals:

(A) Feeders with Common Neutral.  Two or three sets of 3-wire feeders or two sets of 4-wire or 5-wire feeders shall be permitted to utilize a common neutral.
(B) In Metal Raceway or Enclosure.  Where installed in a metal raceway or other metal enclosure, all conductors of all feeders using a common neutral shall be enclosed within the same raceway or other enclosure as required in 300.20.

(A) General.  For the supply of lighting equipment installed outdoors, the branch circuits shall comply with Article 210 and 225.7(B) through (D).
(B) Common Neutral.  The ampacity of the neutral conductor shall not be less than the maximum net computed load current between the neutral and all ungrounded conductors connected to any one phase of the circuit.

While the National Electric Code (NEC) still allows the practice of common or shared neutrals to occur, several other codes (including Federal Law) regulate this unfortunate practice.  The shared or common neutral practice is highly debated among the experts, and is has been primarily left in the NEC as an accepted old-school practice.  However, there is no disagreement among the experts, including advocates of the practice, that common or shared neutrals are NOT an ideal wiring technique.  The advocates simply argue that while never ideal, sharing neutral conductors between phases can be done safely in certain circumstances.

In order to prevent an overcurrent situation, when common neutrals are used, the loads must be on different phases.  If the same phase is used, the current on the neutral wire will be equal to load-1 plus load-2, possibly doubling the current and creating an unsafe over current situation.   Remember, there is no circuit protection for the neutral wire.  When overloaded, it can only heat until it burns open.  The verification of “phase alignment” is critical in order to prevent overloads.

Many problems exist with when common or shared neutrals are used in an electrical system:

In order to avoid the danger of having breakers later re-arranged onto the same leg (which would create a potential overcurrent hazard), shared neutral circuits should be connected to multi-gang breakers rather than to separate single gang breakers.

When an Edison circuit is discovered, it is recommended that electricians perform one of the following modifications:

Your company’s standard lockout/tagout procedures should be modified to include a requirement to verify zero energy on the neutral line.  Additional dangers to electricians are posed by circuits with common neutrals that are controlled by switches, such as thermostats, that may close unexpectedly.  Therefore, it is important to consider the potential presence of Edison circuits.

Electricians working on sites with Edison Circuits should be trained, warning signs posted, and should consider the possibility that every circuit may be Edison circuits, and take the necessary safety precautions.

Why bond the neutral and the ground wire in the main panel?
How many ”hot” wires can a single neutral support? (assuming they are the same gauge wire)
What is the rod distance required by the NEC away from the electrical panel?
What are the NEC Requirements for Grounding and Bonding Rebar?
Why separate the ground bar from the neutral bar in a sub-panel? 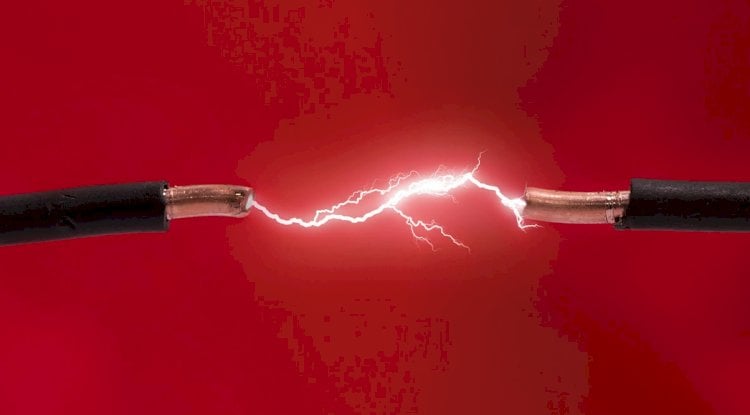 Why bond the neutral and the ground wire in the main panel?

Jorge asked: Why should I be concerned about bonding the Neutral-to-Ground Bond in the main panel?The Answer:Neutral-to-ground bond is needed to properly operate the circuit breakers.  Over Current... 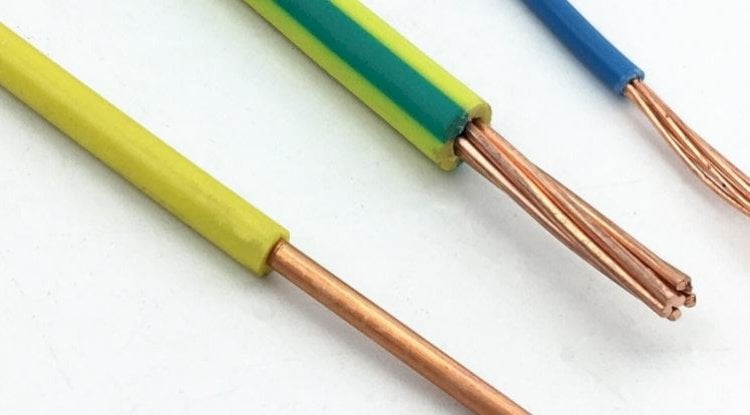 What is the difference between neutral and ground wires?

Raymond asked:What is the difference between neutral and ground wires? 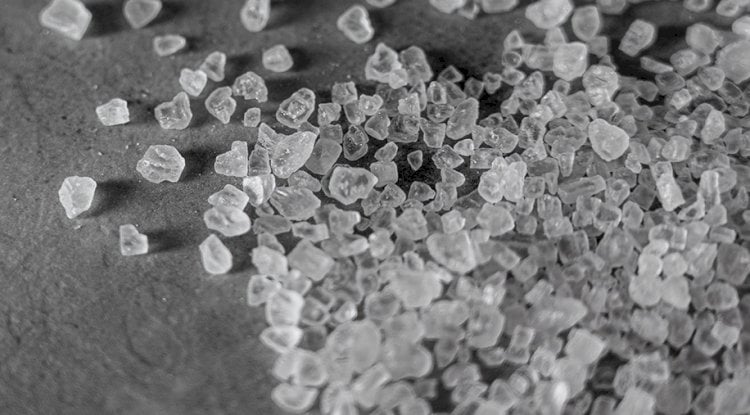 Vighnesh asked:Our neutral to earth voltage is fluctuating from 2.5v to 4.5v. We have a separate neutral earthing for UPS and DG and separate body earthing. We also regularly applying salt for earth... 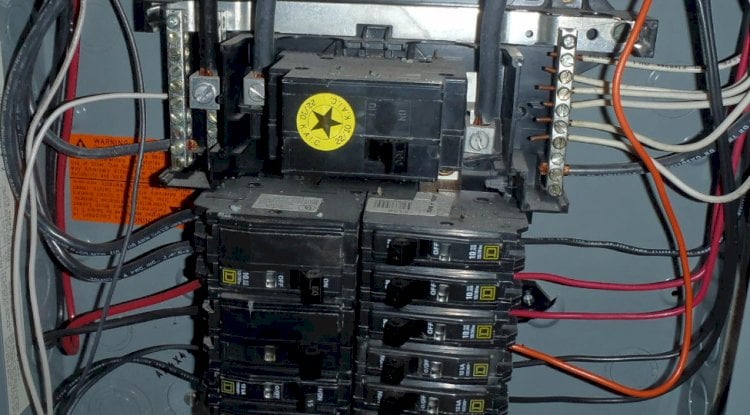 Do I need a grounded conductor in my subpanel if all my loads...

Jack Asked:Do I need a grounded conductor (neutral) in my subpanel if all my loads are all 220v (i.e. 2-phase)?