Do GFCIs and RCDs need a Ground Wire to Work? 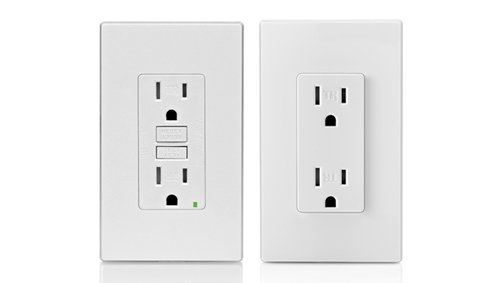 Before we begin, we should really do a quick review of the definition of “ground” or “earth” in electrical terms and what it really means to us. If you think back to your days in school, you may have heard the term “earth or mass” thrown about when discussing grounding and earthing. Ringing any bells?

A very common misconception about Ground-Fault Circuit Interrupters (GFCI) or Residual Current Devices (RCD) depending on what part of the world you call home, is that they do not need a ground or earth conductor to operate. This is true in some regards, but it is not entirely true, and understanding why is important for human safety.

When we are talking about GFCIs and RCDs we need to think about that term “Mass”. After all, will a GFCI work in an airplane? How about a car? What about the International Space Station? I’ll bet you they will definitely work… However, I can also set up a case with an ungrounded GFCI in a plastic box with plastic conduit that won’t work. What’s going on?

So, how does a GFCI or RCD work in the first place? Well, there are several different methods that can be used, but the most common method deals with the simple monitoring of electromagnetic fields. When we install electrical wires in metal conduit, we have some very strict rules about ensuring those wires are paired to either its corresponding neutral wire, or its corresponding phase and neutral wires in a multi-phase circuit. I know this sounds complicated, so let me break it down into something simpler:

Imagine that you run a simple circuit over to lightbulb, however for some odd reason you decide to put the black hot wire in one piece of metal conduit, and you place the neutral and ground wire in another conduit. When you turn the circuit on and energize the light bulb, you better have a fire extinguisher nearby because the metal conduit will start to glow red-hot like an element on the stove!

This is because the white neutral wire has a magnetic field that is 180 degrees out of phase from the black hot wire. When the black and white wires are side-by-side they cross cancel out each other’s magnetic fields. When the black wire is in metal conduit without the white wire, its magnetic field is not canceled out and will induce the metal conduit, heating it up. This is exactly what happens on your electric stove top; we intentionally create this lack-of-magnetic-field-cross-cancellation to cause the elements to heat.

Now, this may be a bit of a long-winded explanation, my apologies. However, it is important to understand that when the black and white wires in a properly designed circuit are next to each other they will cancel out each other’s electric fields. This is what the GFCI and RCD are relying on, a magnetic field that is virtually zero because of the cross-cancellation between the hot and neutral wires.

Inside the GFCI, a simple small Rogowski coil has been looped around both the hot and neutral wires. In a normal circuit, the amperage in the hot and neutral will be equal and thus the magnetic fields generated by the two wires will be equally cross canceled, resulting in zero current on the Rogowski coil. However, should an electrical fault occur, some portion of the current in the circuit would travel back to the source transformer on a fault-current path (either copper wire or on steel conduit), and not on the neutral wire. When this occurs, the neutral wire will be out of balance with the hot wire. In other words, the hot wire will have more amperage on it than the white wire has, thus the white wire will NOT be able to cross-cancel out all of the black wire’s magnetic field. Thus, the Rogowski coil will pick up some current (it commonly only takes 5 to 30 mA) and signal a switch to kill the circuit, thereby stopping the fault.

Note, that the key to the GFCI be able to work, is that during an electrical fault, some portion of the current must come off the neutral wire, in order for the Rogowski coil to detect the differential. So where can that current go? There are actually three options:

We could list a fourth option, which is that there is no mass or fault-current path available, and in this case the GFCI or RCD will not work. Fortunately, this case is rare.

So why is it that your electrician is now installing GFCI/RCD breakers or receptacles for two-wire circuits if they need a ground source to work? Again, mass often comes to our favor.

In older homes, it was common practice to only run a black and a white wire in a circuit, with no green ground wire. Meaning case #1 above is not viable. However, GFCI’s and RCD’s will commonly work in these circuits because #2 and #3 above may still exist.

Sometimes, when the electrician inspects the home, while the circuit may not have a copper Equipment Grounding Conductor (EGC), it does have a metallic conduit or raceway, providing a path back to the source transformer. Often, it is a poor path but at least it is sufficient for the 5 to 30 mA needed by the GFCI to operate. This would be case #2 above.

The other option is the “mass” case as listed in #3 above. When the electrician inspects the home, they find that it has a two-wire circuit, without metal conduit in a wood structure. This is the worst-case scenario. However, GFCI’s should still be installed. Often, when faults occur, they occur in the bathroom or kitchen and involve water. The water in older homes is fed by copper pipes, which in turn become an effective fault-current path back to the source transformer. This is why bonding your water pipe in accordance with NEC 250.52 and 250.53 is so important.

But what about a fault occurring in a dry garage made of a wooden structure with only two wires circuits? Will a GFCI or RCD still work? The answer is often yes, and its yes because the mass of your own body (and the mass of the items you may be touching at the time) can often be enough to absorb the energy needed to trip the GFCI. Sounds scary, doesn’t it? Don’t worry, it is way better to have the GFCI if you’re being electrocuted than not, the alternative is to simply keep getting the unwanted electrical energy into your body over and over again… which is definitely bad for your health.

So, what should you do if you live in a wood house with two-wire circuits? Easy answer: Install GFCIs either in the main electrical panel for all your circuits or at your receptacles. They really do work! Yes, there is a possibility under some very rare circumstances that they won’t work in a 2-wire circuit, but it is far better to have them than not. 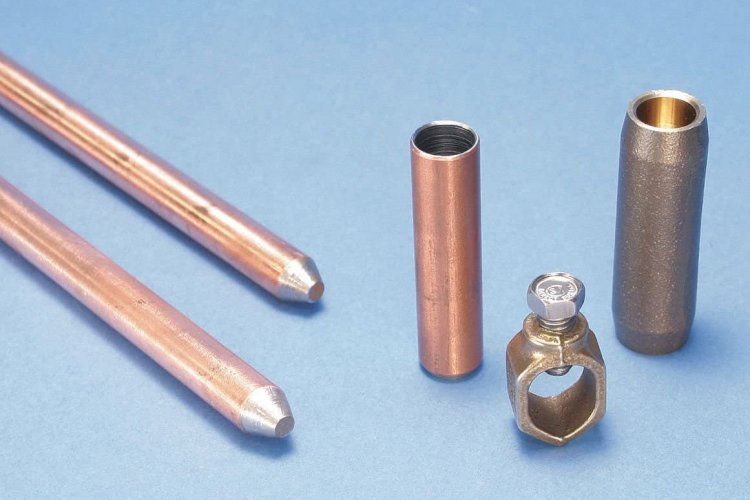 Which ground or earthing rod should I use for my site?

Ground / Earthing rods (electrodes) are typically comprised of steel with a thin coating of copper or zinc (galvanized) to protect the steel from excessive corrosion. Copper-bonded ground rods are... 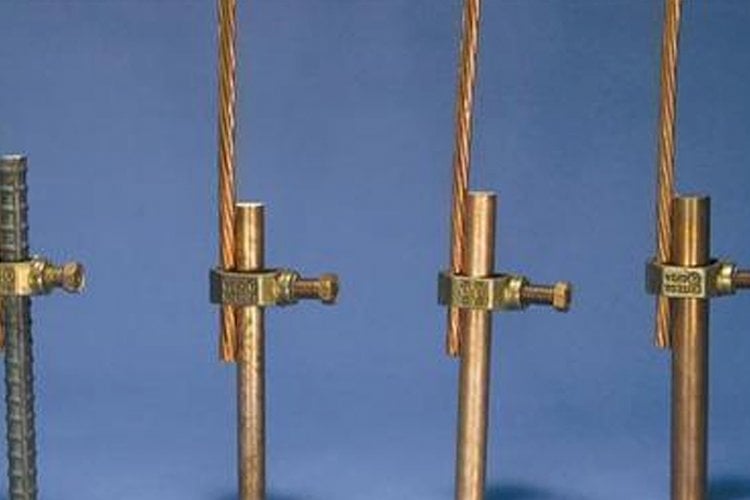 Many people treat the NEC as if it’s the infallible word of some all-knowing electrical engineer (I wish it was). When in reality it’s written by committees that are full of political operatives,... 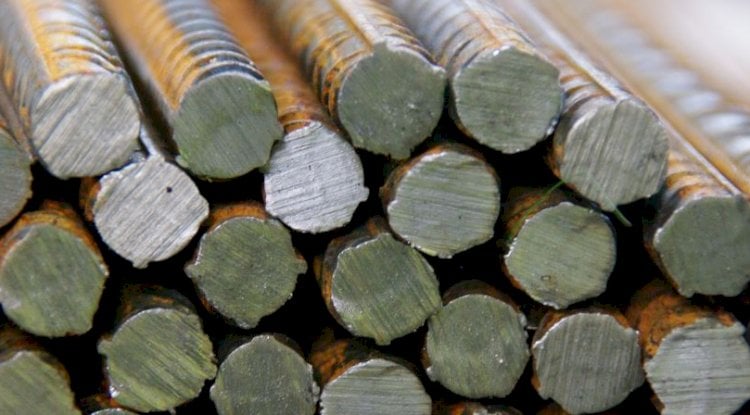 What are the NEC Requirements for Grounding and Bonding Rebar?

Jake Asked:What are the NEC Requirements for Grounding and Bonding Rebar?